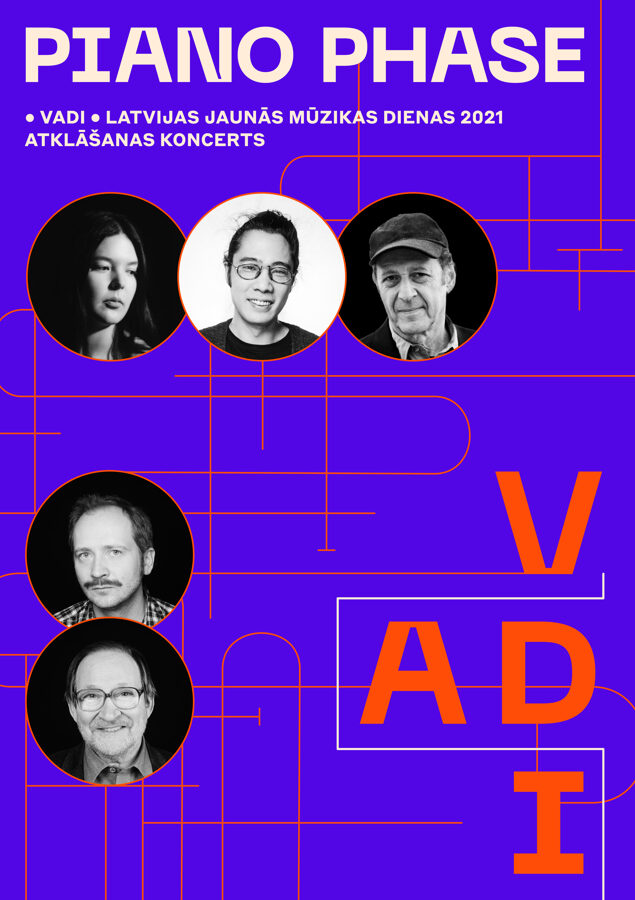 "Piano Phase" by the American composer and one of the founders of the minimal music Steve Reich was chosen to be the central piece of the opening concert of the Latvian New Music Days. The opus of Steve Reich is one of the most prominent representative of the so-called phase-shifting technique in music- two identical lines of music, which begin by playing synchronously, but slowly become out of phase with one another when one of them slightly speeds up.

A mention of this opus will be noted in the works of the Latvian composers Jēkabs Nīmanis and Georgs Pelēcis for two pianos, the works for two percussion instruments by Asia Ahmetzhanova and joined together in a united ensemble by Jachin Pousson.

Jēkabs Nīmanis notes his work and the concept of the concert: When faced with this type of music (piano phase), what I enjoy the most is that a seemingly rationally structured element or rules more characteristic to a game principle than a written, structured composition, can create an impressive poetic and artistic depth as well as make room for imagination and emotions. Such artistic effects are often compared to a meditative state of trans when you experience a more or less divine revelation through an externally monotonous process that creates a dynamic psychological one.
A concert recording is available free of charge on Latvian Radio 3 "Klasika" home page - https://ej.uz/ed4u